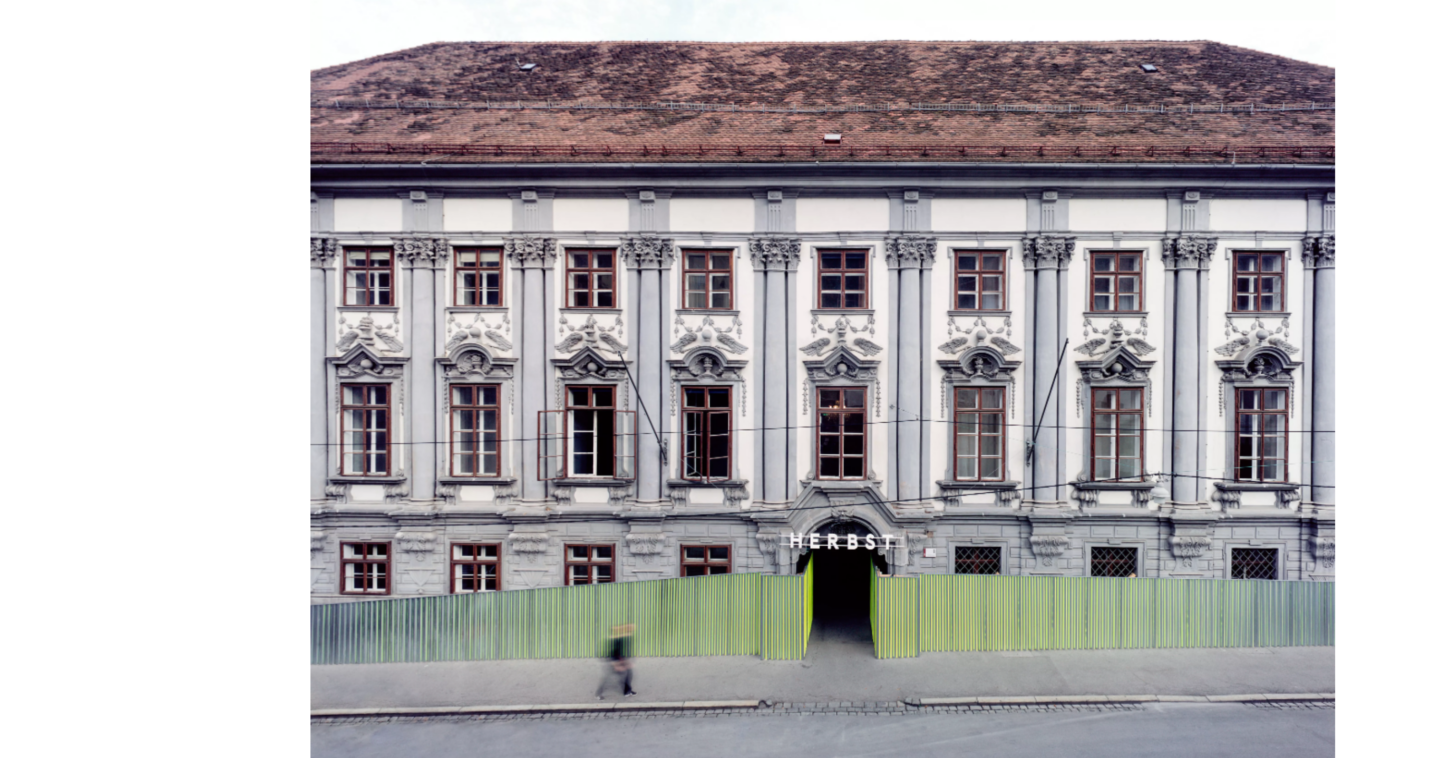 The contemporary art and culture festival ‘steirischer herbst’ is a nomad festival, settling each year in a different vacant location in the city of Graz, Austria. In 2014, it occupied a baroque palais, at the time mainly used as police headquarter with an adjacent Migration Detention Center.

The intervention amplifies the leitmotif of the festival – ‘I prefer not to… share’: It equips the festival center with a shiny second facade, folding from the street through a passage, fencing its own backyard in the courtyard of the block. This bordering, isolating gesture is at the same time a wayfinding system, attracting people and drawing them into the space – thus creating an ambivalence that reflects the contradiction of this burdened police headquarter with the use as a positive festival center.
The nature of a backyard is very often a comforting one – the hideout of the petty bourgeois, the last resort of libertines, arena for tinkerers, allowing for the undisturbed practice of personal rituals and habits. Knowledge, tools and engagement are shared only with like-minded people, not a larger public.
Similar things seem to happen in the backyard of the festival center: Opening the space and inviting several protagonists from different backyard communities starts an experiment of informality, romanticizing the clandestine and the informal: A place with its own codes and rules evolves. Garages behind corrugated metal, combined with found objects from sheds or storage yards, paint a tilted image between intentional design and trashy ready-made.
For the interior spaces, reminiscences of the backyard are brought into the baroque palais: Materials and construction methods known from sheds or carports and odd white monobloc chairs work as furniture for the temporary bar, café and dance floor.
In this setting of the festival, the borders between visitors and backyard protagonists get blurred, creating busy interaction and allowing for unburdened amusement. The presence of the police headquarters however becomes a latent reminder that this assumed exclusive paradise is something completely different: A constructed reality, a fortress of backyards. 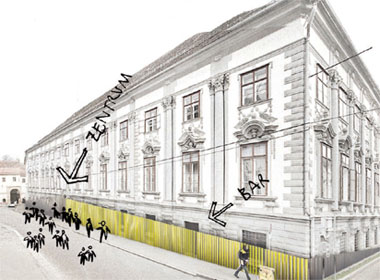 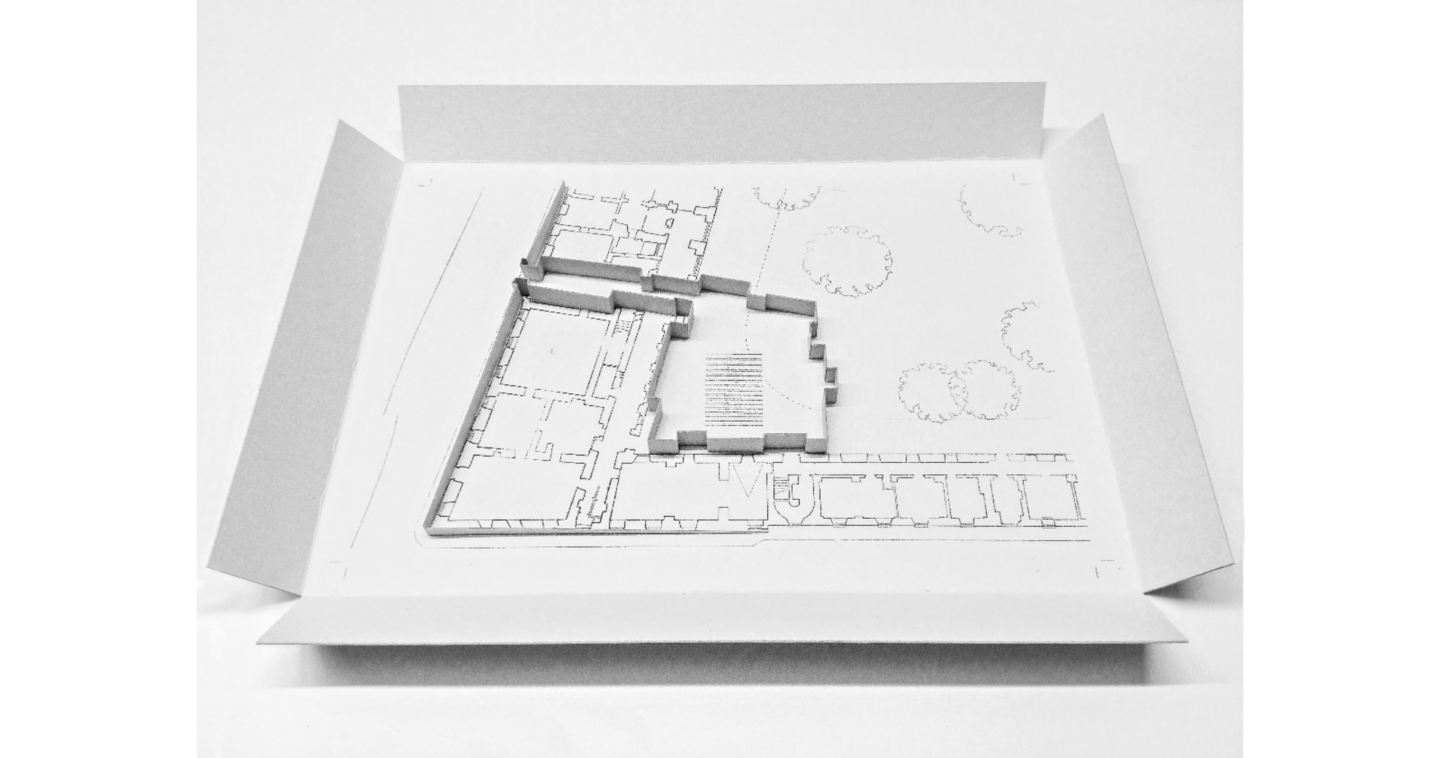