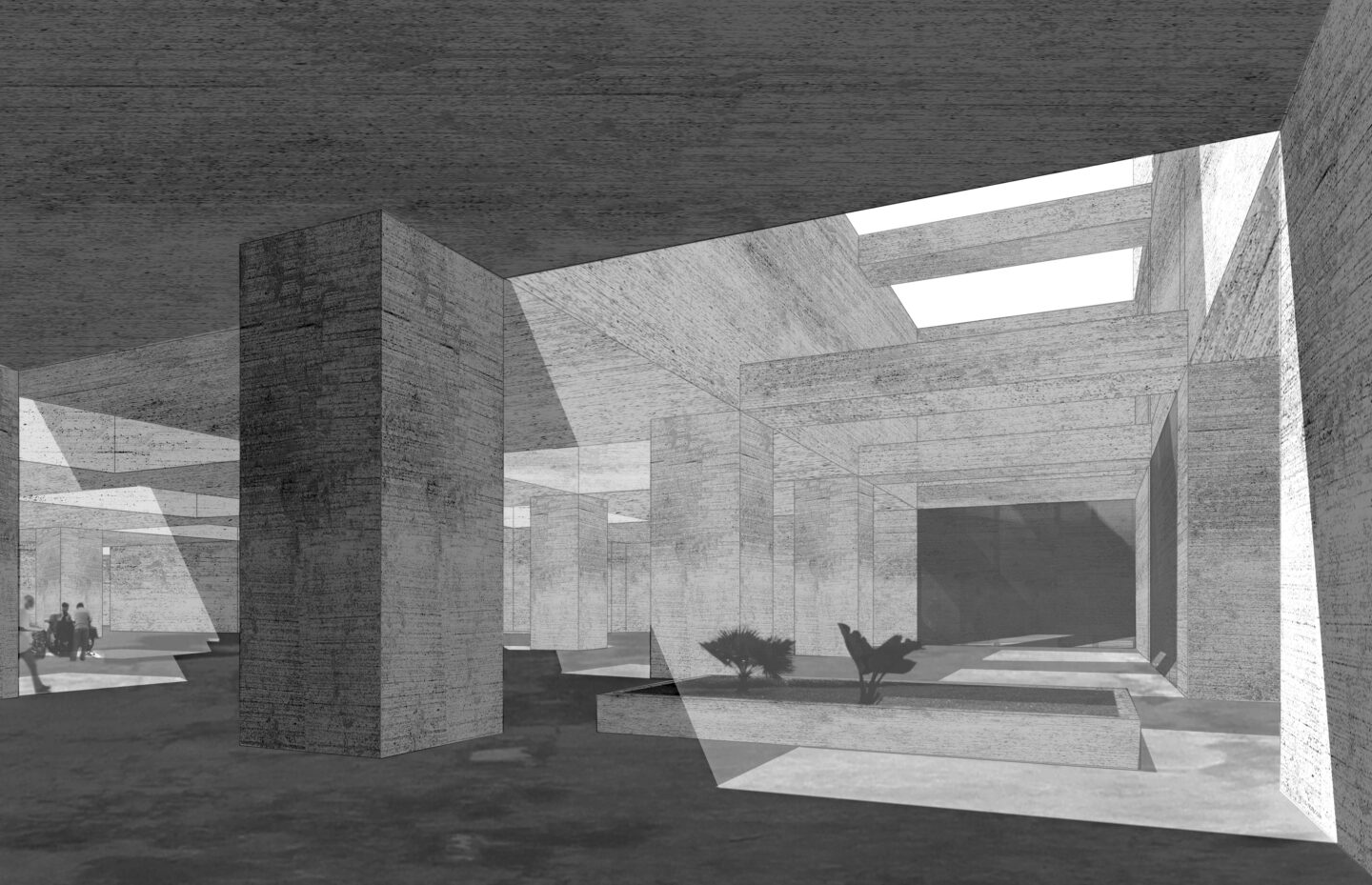 Casablanca – The Geography of Density

Urban density is used as a tool and method to comprehend the diverse conditions and atmospheres of the city and describe their importance within the urban landscape. Based on an urban planning analysis of Casablanca on several levels of observation, a kind of ‚geographical psychoanalysis‘, helped to identify different urban fields. These fields developed in different growth phases of the city of Casablanca.

A special attention was given to the areas that emerged in the colonial modernity from the 1930s onwards. During this phase, Casablanca served as a ‚laboratory of modernity‘; under the theme of ‚housing the greatest number‘, young European architects were invited here to test new approaches to urban and residential design (the CIAM 10 in 1953 played a major role in this). Some decades after their construction, we wanted to visit well-known examples that were much discussed in their time to get a better idea of their current state and to see how these structures have been accepted by the population, how they have evolved and what can be learned from them.

The conflict of insufficient housing as a factor shaping the cityscape is the starting point of the developed project and the theoretical basis of the design. ‚Transition as a condition and strategy‘ seems to be a basic principle of the studied areas and to function as an instrument of urban expansion. Moreover, the particular characteristic of Casablanca’s urban density is a high population ratio combined with a low floor area ratio (FAR).These facts, among others, have and had a great influence on the design of both the private and public spaces of the city.

There is ultimately a relationship between any single
architectural project and
the destiny of the city.
When a project or a form is not utopian or abstract but
evolves

from the specific problems of the city,
it persists and expresses these problems
both through
its style and form as well as through its many deformations.

Aldo Rossi, The Architecture of the City, 1982; 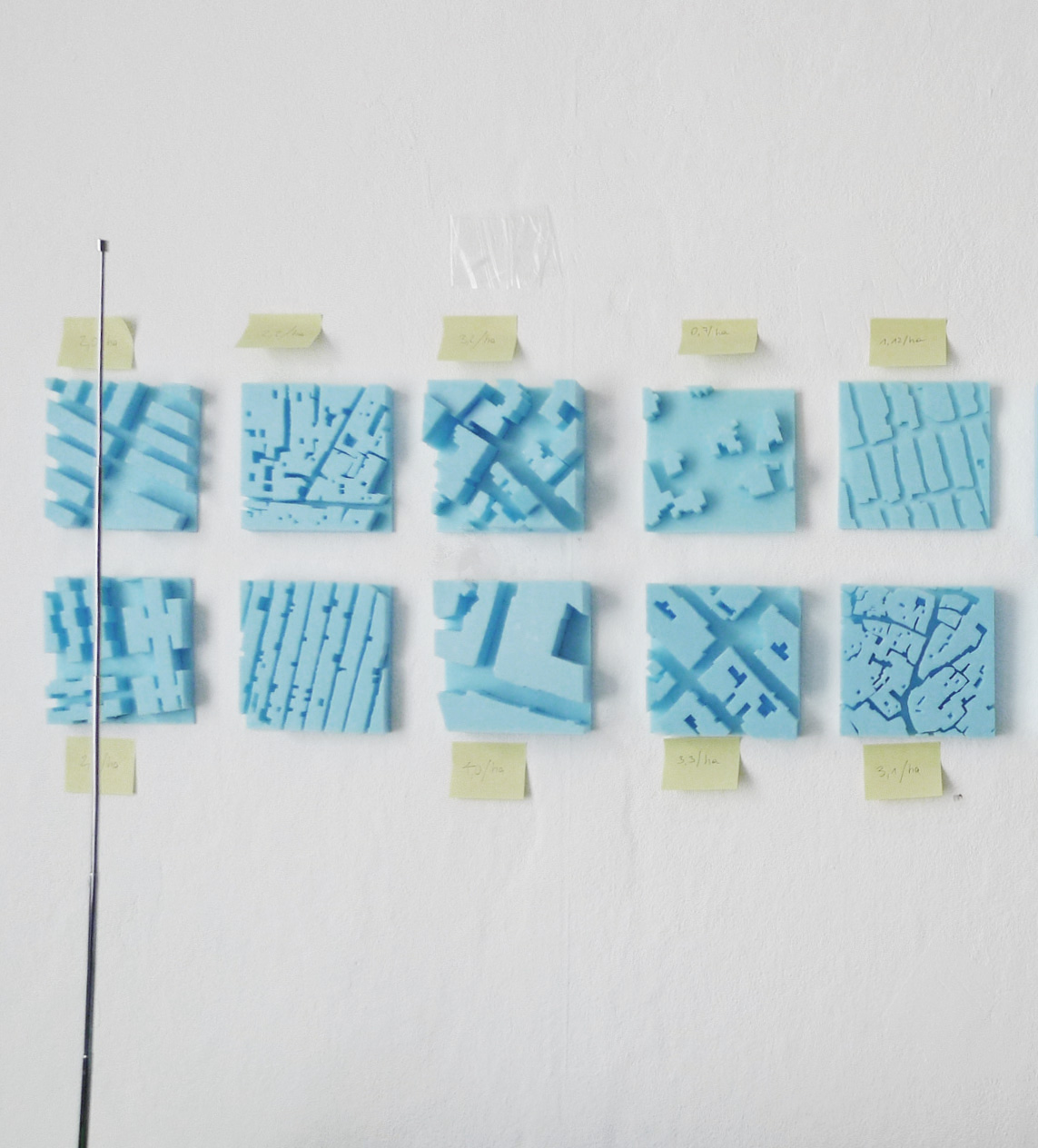 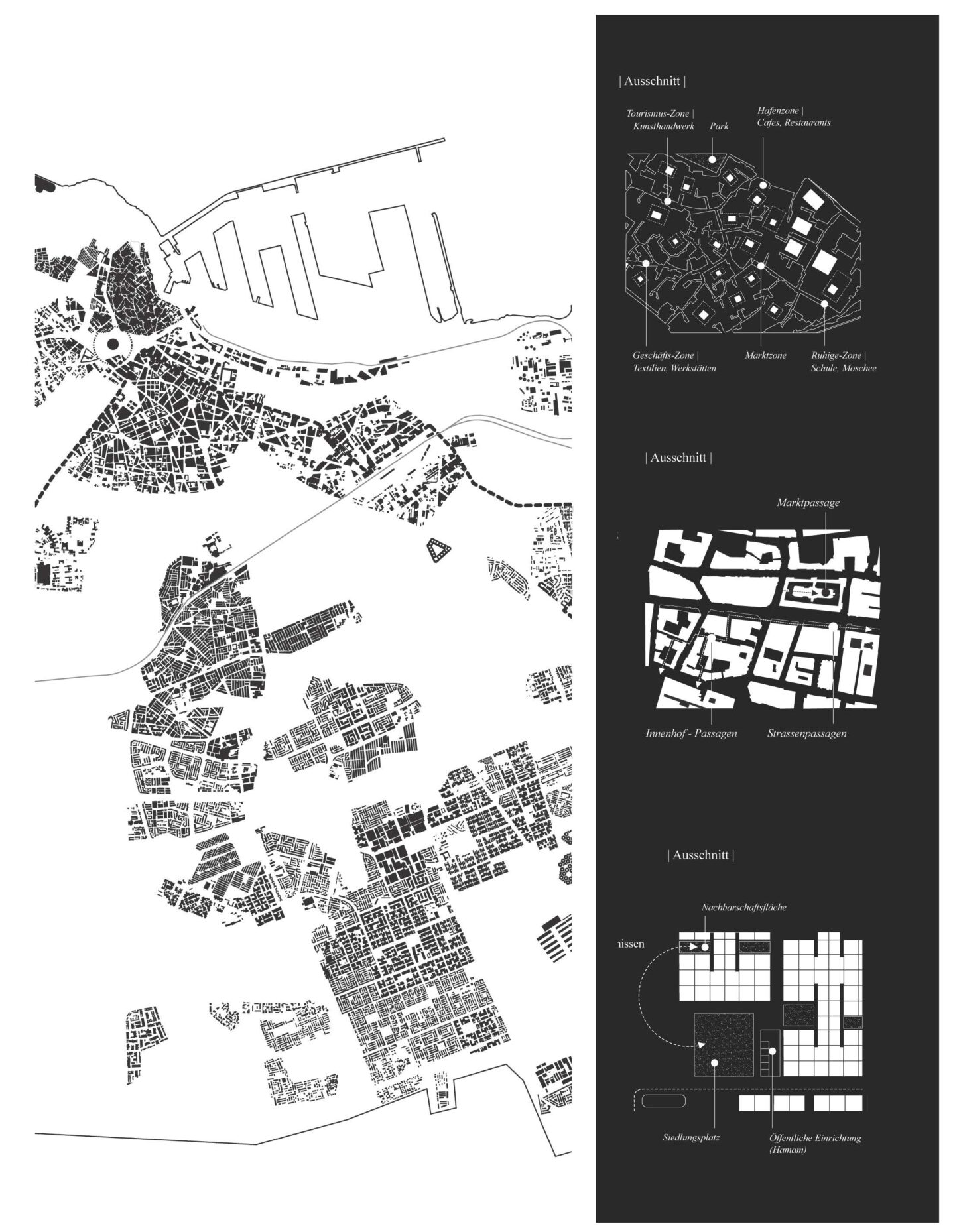 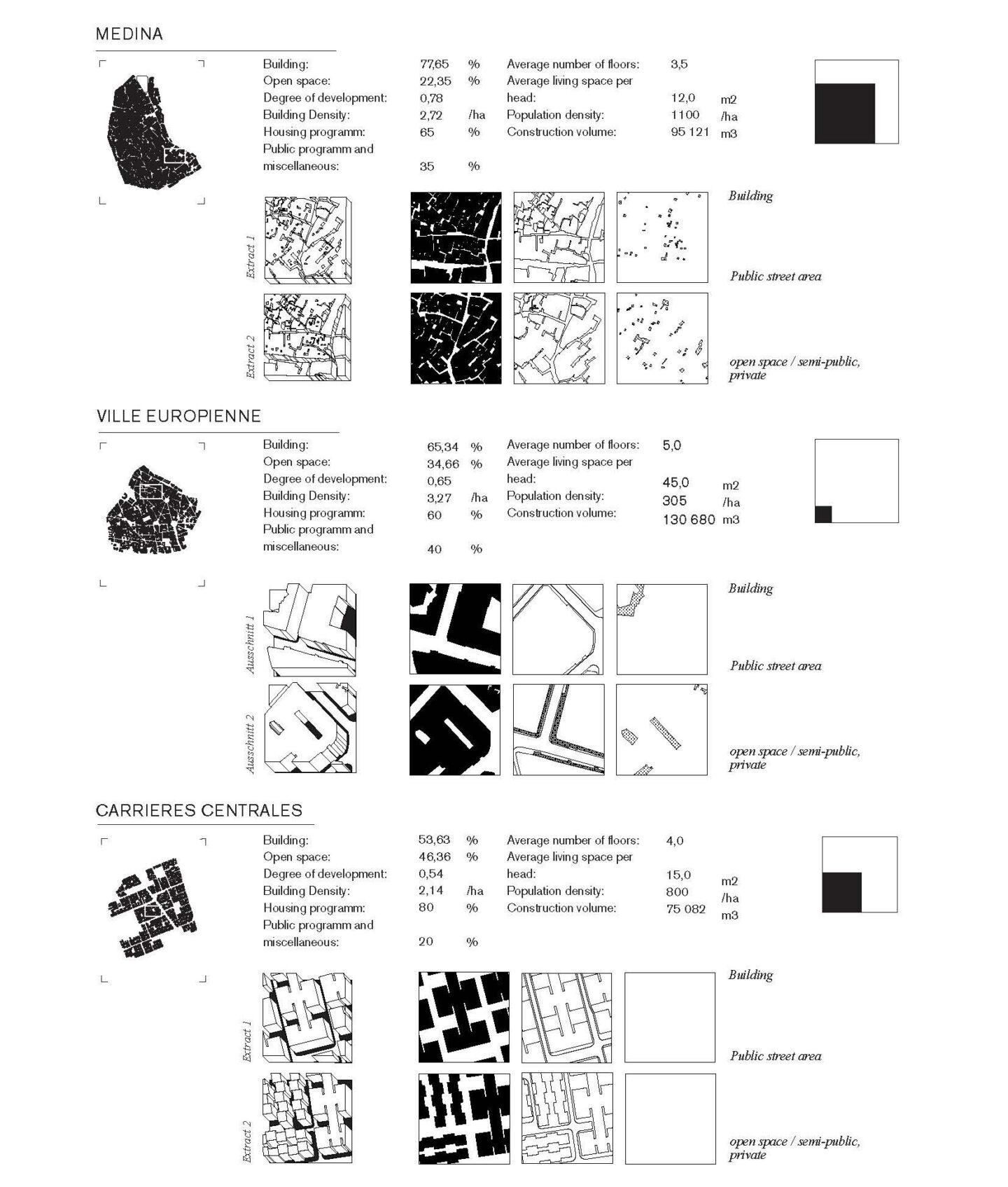 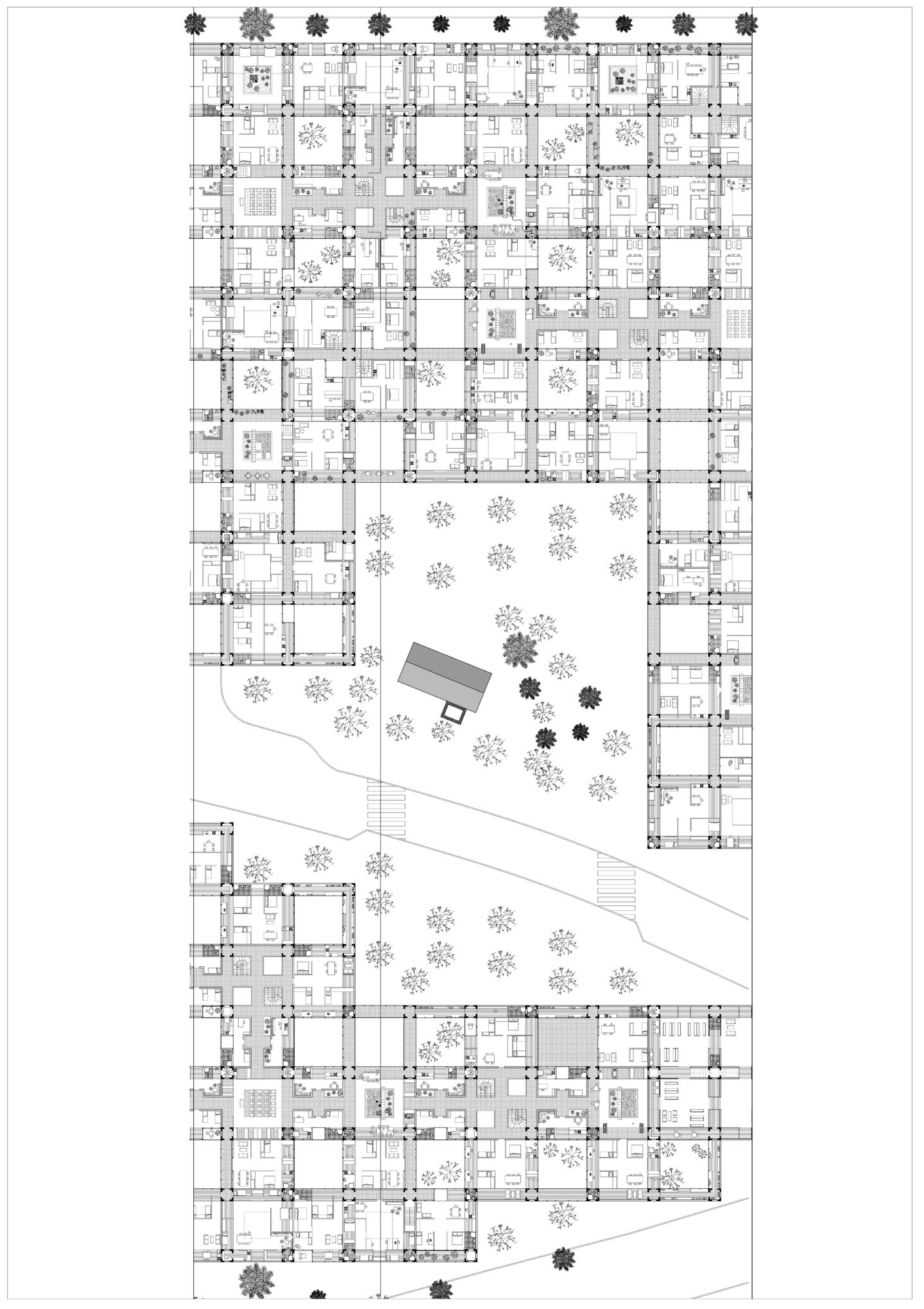 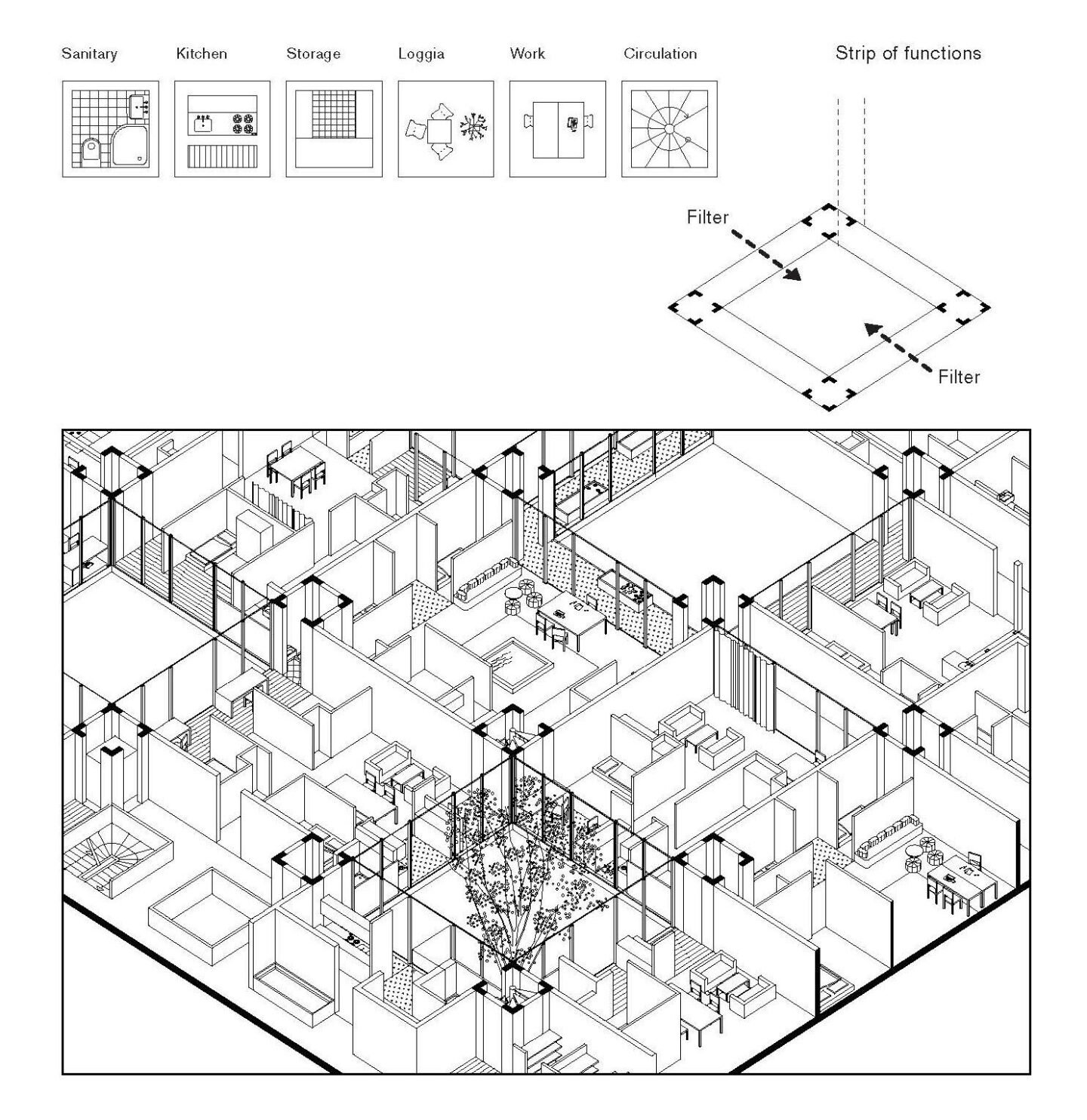 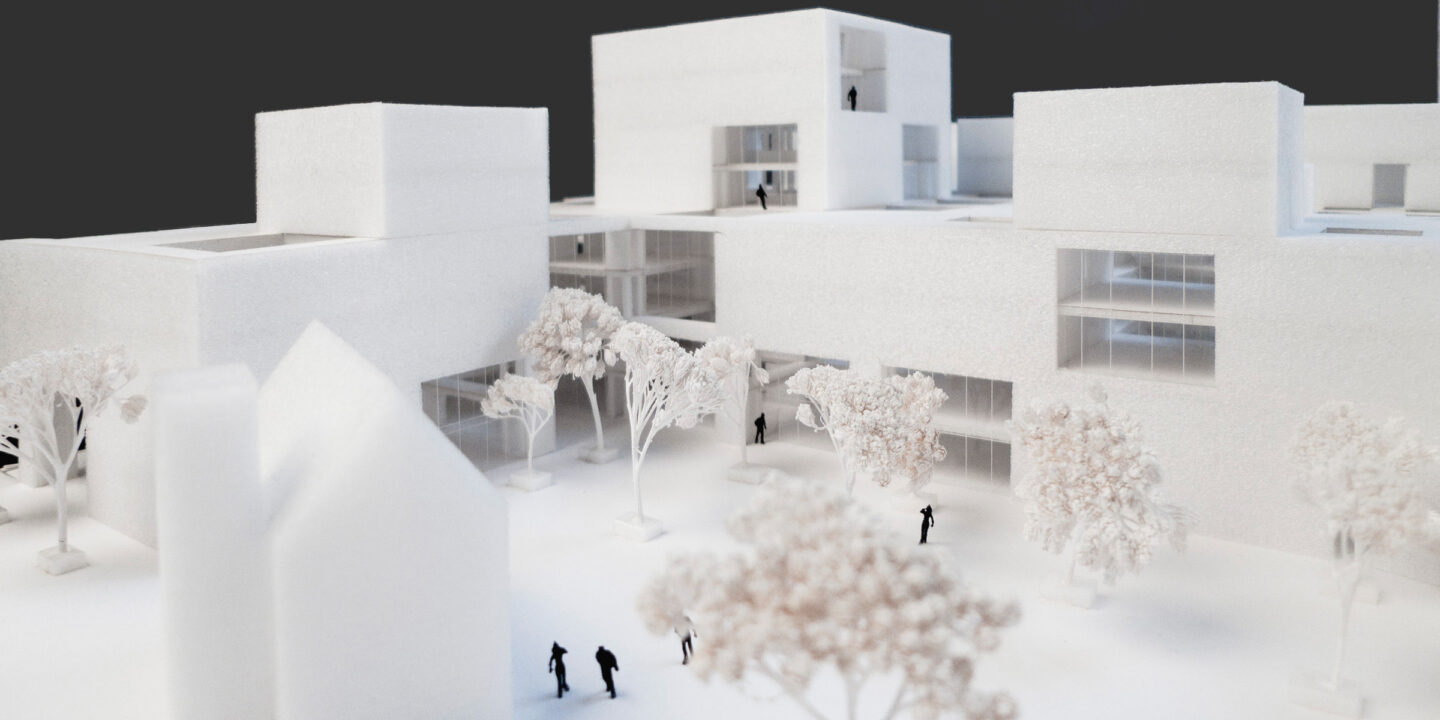